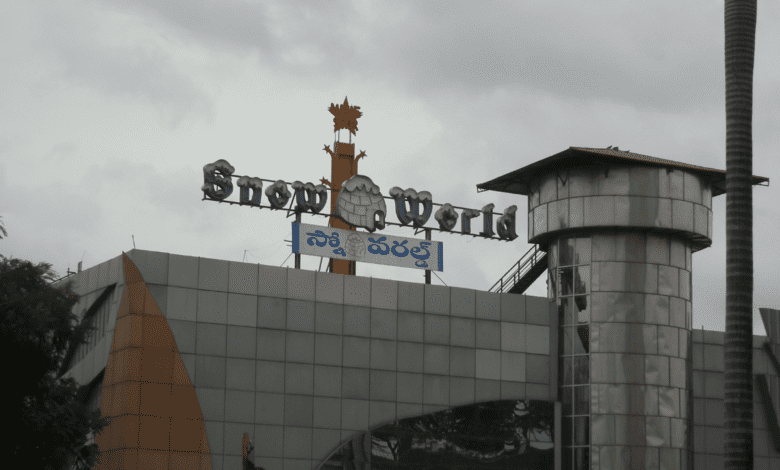 According to The Hindu, Telangana State Tourism Development Corporation Limited (TSTDCL) on Thursday confiscated an amusement park Snow World in lower tank bund for failing to pay the lease rent and other fees, which totalled Rs 16.70 crore.

TSTDCL officials closed the entrance and shuttered the property of Snow World and prevent public entry.

According to an official from TSTDCL, the amusement park won’t be open to the public until the administration has paid all outstanding debts.

Snow World is an amusement park located in Hyderabad, Telangana, India within an area of about 2 acres. Located beside Indira Park and along Hussain Sagar lake, the park was inaugurated on 28 January 2004.

A RTI further revealed that nine private entities to whom the Telangana tourism department had leased prime parcels of land have defaulted to the tune of INR 272 crores.

The Right to Information application filed by the Forum for Good Governance revealed that Trident Hotel at Shilparamam, Madhapur, owes INR 87.86 crore to Telangana Tourism Development Corporation Limited, making it the biggest lease defaulter. Notices were issued for recovery on August 18, 2021, and subsequently reminded on October 20, 2021, and a review meeting was conducted with a resolution professional appointed by the court and present operator (Trident), the RTI said.

In 2017, the developer filed a writ petition against the notice of termination and obtained a stay. Stay vacate petition filed is pending in the court.

In a representation to Telangana Chief Secretary, Forum for Good Governance Secretary M. Padmanabha Reddy said that the corporation is entrusted with developing infrastructure, hotels, package tours etc. for the overall development of tourism in the State. “In this connection, government lands are leased out to developers on consideration of nominal rent. The developers are supposed to pay the rent and other charges (if any) annually to the corporation,” he said.

Through RTI, we have collected information on some ventures located in Hyderabad and all about INR 271.74 crore is the due amount from nine units, he said.