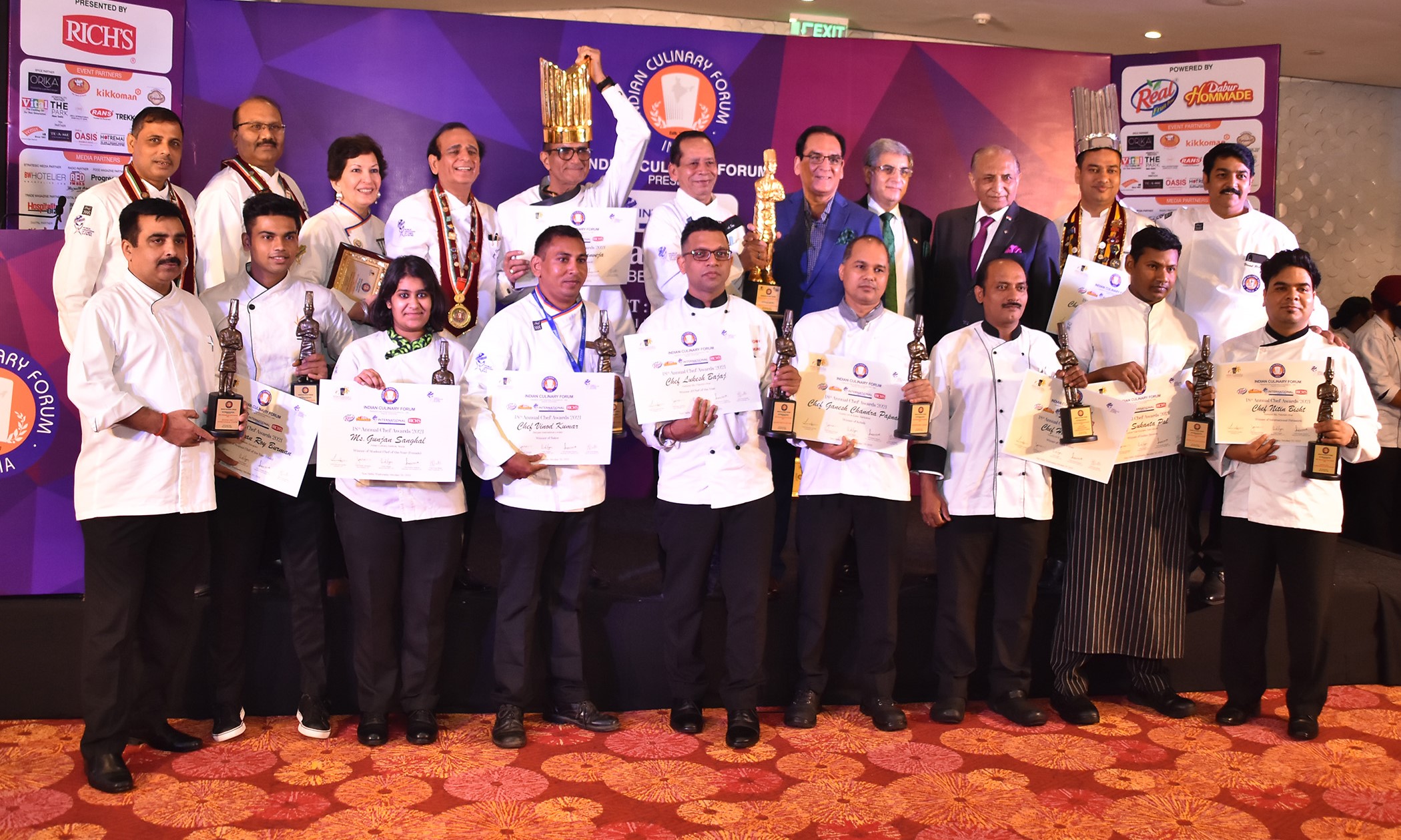 The Indian Culinary Forum brings the 19th edition of the much-awaited annual Chef Awards on 14th October, as part of the celebrations of International Chefs Day. The Annual Chef Awards function will be held at Hotel Pride Plaza, Aerocity, New Delhi on Friday, October 14, 2022, whereby the ICF will be honoring the achievements of 17 outstanding culinary artisans by conferring them with awards.

“The cherished Indian Chef Awards, first initiated nineteen years back in 2004 by ICF, have become Indian culinary industry’s most respected and most valued testament for talent and skill recognition in addition to becoming the biggest platform for knowledge sharing amongst industry stakeholders. This year’s event will further cement ICF Awards as the finest platform for knowledge sharing, talent recognition of Indian Chefs, and spreading goodwill and footprint of Indian cuisine around the world,” said Chef Davinder Kumar, President of Indian Culinary Forum.

Chef Davinder Kumar added “The Award event has three segments including Culinary Competitions, Knowledge Summit, and the Chef Awards. The ICF culinary competition will be held at Banarsidass Chandiwala Institute of Hotel Management and Institute of Bakery & Culinary Arts, New Delhi where over 150 professional chefs will showcase their culinary skills in 11 different categories. WACS-certified noted chef Dayashankar Sharma is the chairperson of this year’s jury while well-known Chef Sireesh Saxena is the organizing secretary”.

The Knowledge Summit which completes ten years this time will provide a platform for discussion and deliberations on issues concerning the Industry. The special focus of Knowledge summit this year will be to deliberate on how to put Indian cuisine on the global culinary map and chalking out the ways forward for the Food and Beverage Industry. The Knowledge Summit which aims to create awareness about the profession among people at large shall witness participation from the who’s who of the hospitality sector, educators, food critics, and connoisseurs.

“ICF’s aim is not merely recognition of talents but also empowering talents with latest culinary knowledge and skills which not only helps in career development but also helps the country by spreading the footprint of Indian cuisine around the world”. said Chef Vivek Saggar, General Secretary of Indian Culinary Forum.