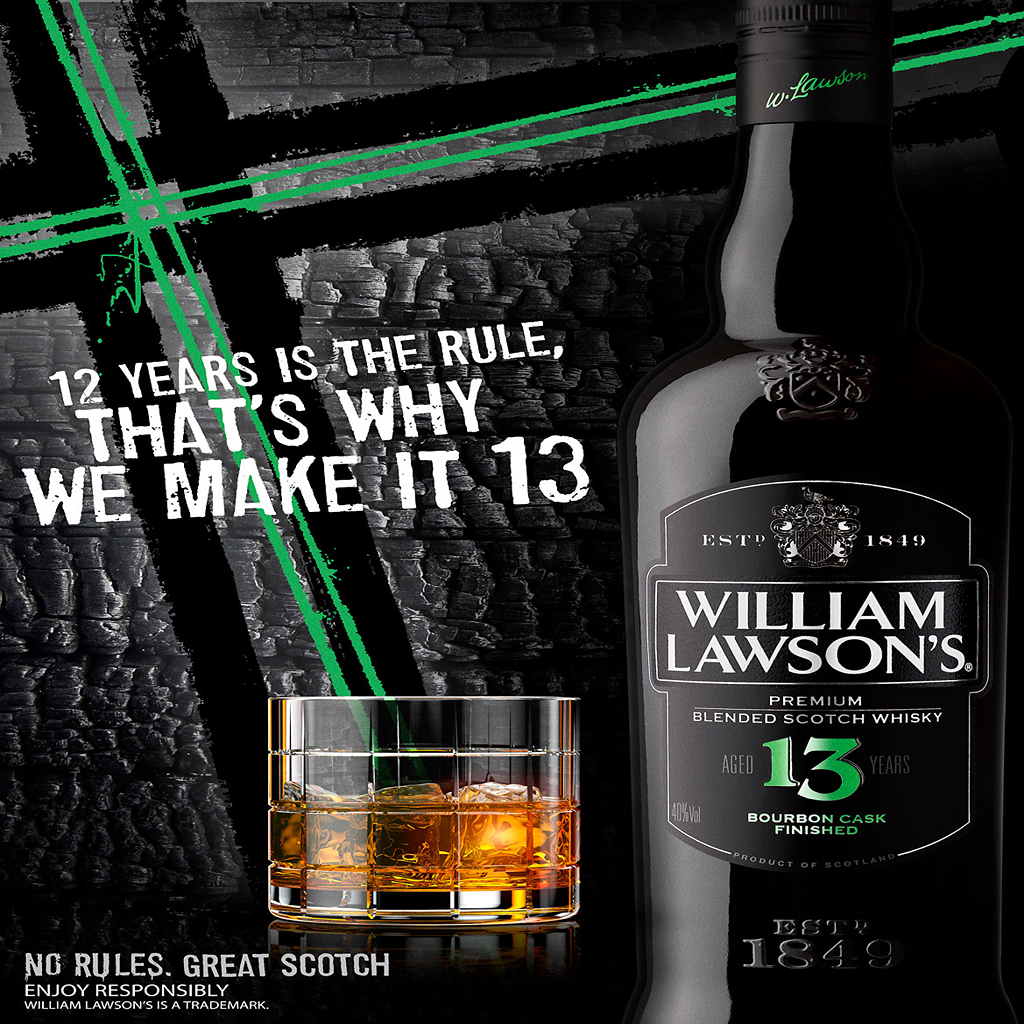 True to its bold and unconventional highlander lineage, one of its kind this 13-year-old premium scotch, Originating from Scotland with big, bolder blended scotch and is finished in bourbon cask to emphasize its taste. Each sip epitomizes richness and smoothness with a pinch of spice. In line with the brand’s ‘No Rules’ persona that shuns all whisky conventions to keep the drinking experience at the forefront, William Lawson’s 13-year-old can be served however you want – we’ve made the scotch, you make the rules have it on the rocks, with cola, apple juice.. Suit yourself!

Speaking of the launch, Vijay Dev, Consumer Marketing Lead- Whiskies, Bacardi India said, “William Lawson’s is a brand with teeth, one that challenges the stereotyped notions and conventions around scotch. Over the years, it has built a strong brand equity and carved itself a niche in the country, especially in Telangana. Therefore, we are elated to launch William Lawson’s 13 in the state – one of our key markets in India, thereby fortifying our foothold in the region. William Lawson’s 13 is a rich variant which strongly embodies the brand’s ‘No Rules’ philosophy and enables a scotch whisky experience free of the dram’s usual norms and traditions. We are confident that William Lawson’s 13 year old variant will be equally embraced by the consumers like our William Lawson’s Scotch whisky.”

With the launch of this variant, William Lawson’s by Bacardi has further strengthened its Scotch whisky portfolio in India; and now has 13 variants available across blended scotch & single malts scotch whiskies in the Indian market.

The Leela Palace, Bengaluru to introduce US Duck and US Turkey in menu as regular meals