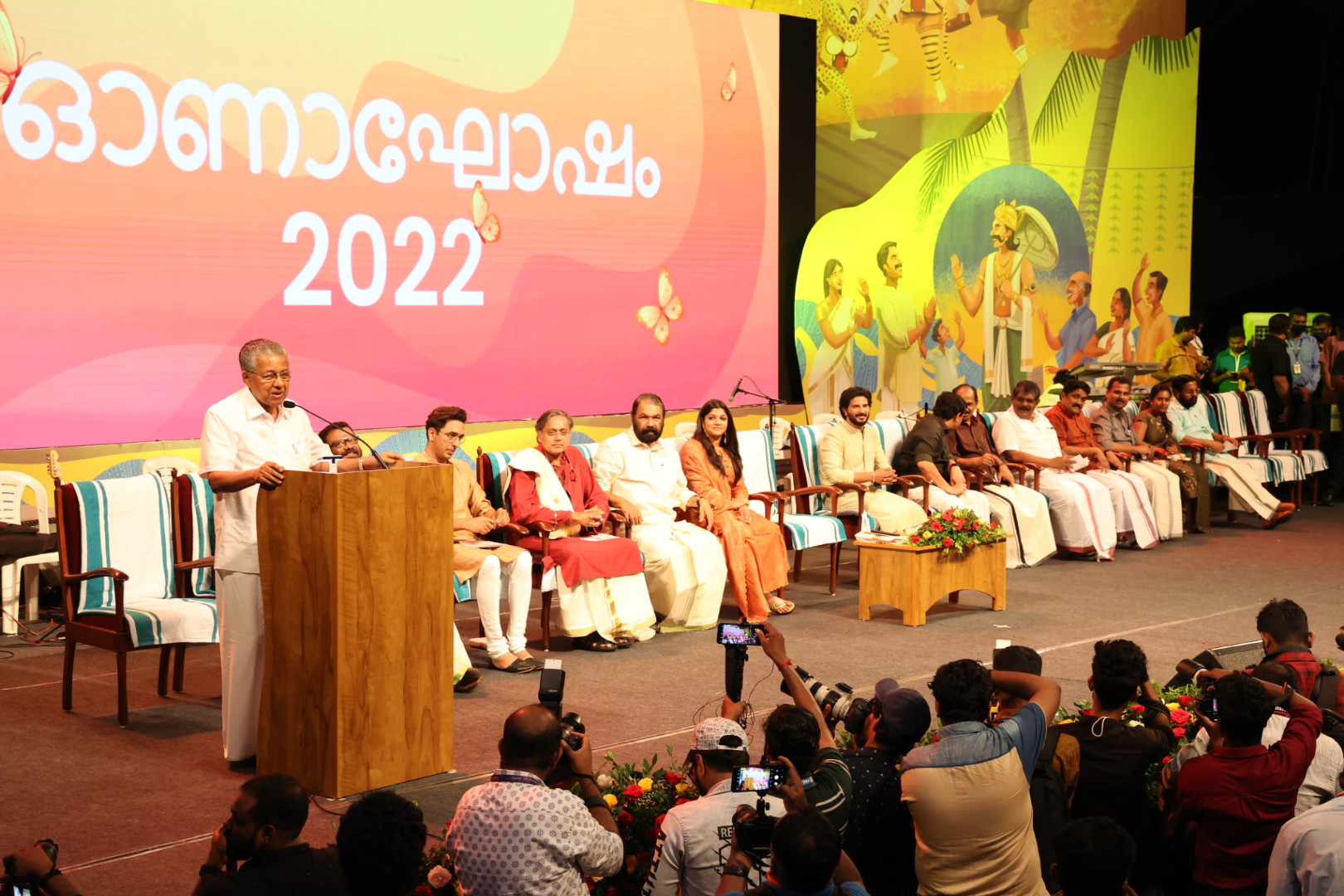 Chief Minister Shri Pinarayi Vijayan today inaugurated the week-long Onam celebrations, setting the stage for presenting before a wider audience a variety of classical, folk, ethnic and popular art forms in multiple venues in the state capital and districts across the state in the next seven days.

Opening the state-wide celebrations organised by the Kerala Tourism Department at a grand function at Nishagandhi, Kanakakkunnu Palace grounds here, he described Onam as an enduring symbol of hope, resilience and resurgence which has an added significance this time as humanity is recovering from the disruptions caused by the Covid-19.

“Onam this time comes with promise and hope. In the last two years, humanity had passed through an unprecedented situation that curbed festivals and get-togethers. As the pandemic is receding, the festive spirit and the happiness that get-togethers bring are back in our lives. However, Covid has not completely vanished, and we have to continue our vigil against its return and spread,” Shri Vijayan added.

Tourism Minister Shri P A Mohamed Riyas, who presided over the function, said Onam spreads the message of equality, which has a great relevance in this era.

Aparna Balamurali, who won the national award for best actress, and actor Dulquer Salmaan were the chief guests.

Noting that Onam is his favourite festival, Dulquer Salmaan lauded the efforts of Kerala Tourism for magnificently conducting Onam celebrations.

Aparna Balamurali said it’s heartening to see the vibrancy and ecstasy of the people in capital city for the Onam celebrations.

Heralding the festival ahead of the inaugural ceremony, Ilanjithara Melam, led by Kalamandalam Sivadas, was performed at Nishagandhi auditorium.

The festival will feature over 8,000 artistes, half of whom are from traditional streams. The cultural extravaganza will conclude on September 12 with colourful pageantries in the state capital and other centres.

As part of the Onam celebrations, special illumination has turned the capital city into glittering zones from Kaudiar to East Fort and from Vellayambalam to Sasthamangalam.

The festival has, over the years, become one of the most popular cultural events that enthrals both tourists visiting the Kerala during the season and the local communities as well.

In the capital district alone, programmes will be staged in as many as 32 venues.