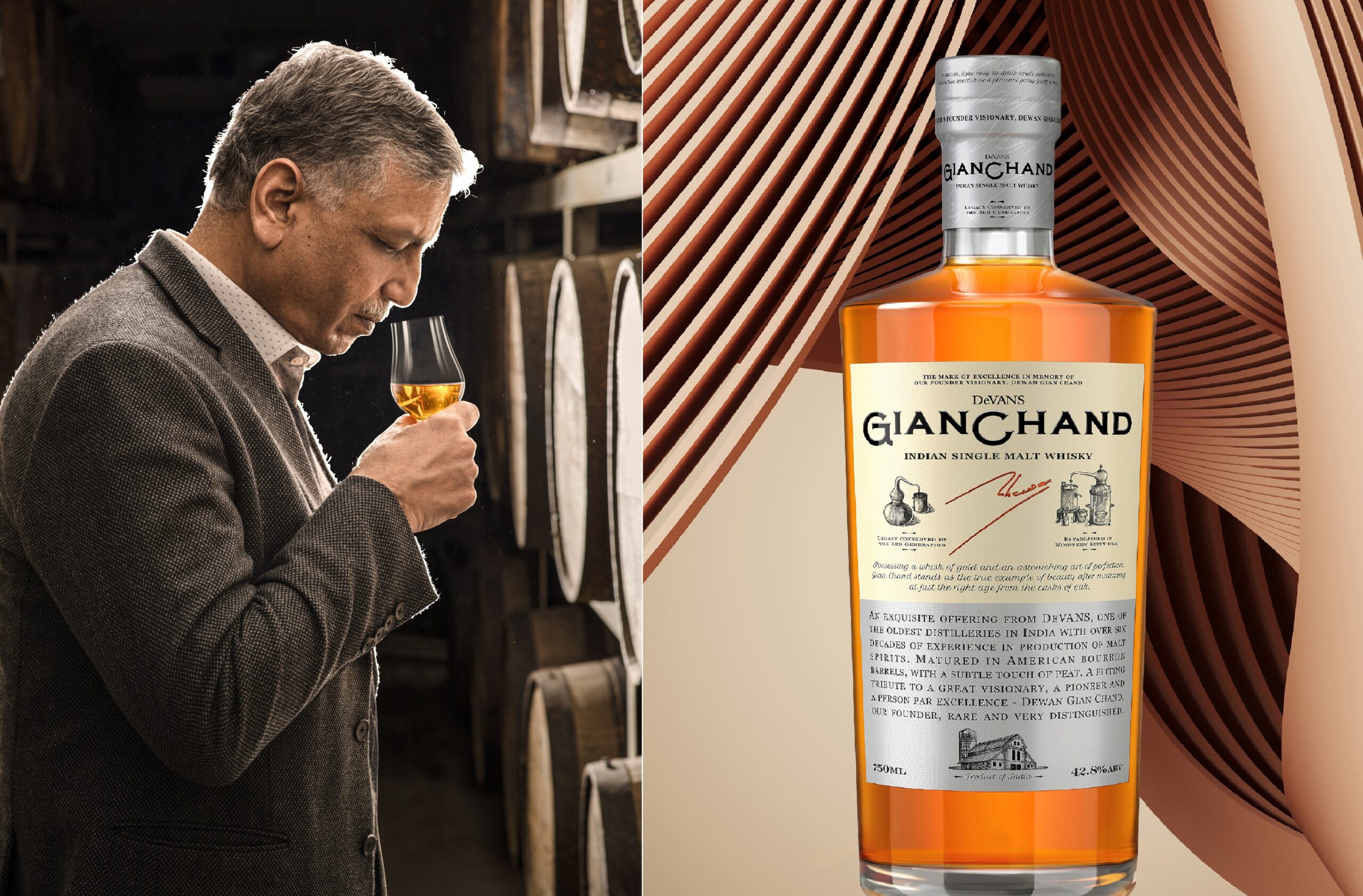 DeVANS, one of the oldest producers of quality malt spirits in India, has announced the launch of its premium offering – GianChand Single Malt Whisky. Matured in a distillery that has been producing quality malt spirits since 1961, GianChand Single Malt is the most delicate Indian malt with a pineapple drop candy sweetness carried hand-in-hand by barley and a firm vanilla backbone softened by thin oils that ensure the tannin build.

According to Prem Dewan, Chairman & Managing Director of DeVANS, it is “An ode to our founder Dewan Gian Chand, a self-made entrepreneur who started his career as a journalist and envisioned DeVANS as a company with high standards of quality coupled with values and ethics. GianChand Single Malt from our flagship unit is a major milestone for the company which has just completed 60 glorious years.” He further said that the distillation and maturation processes have been fine tuned in the unit during the past six decades to ensure ideal conditions for manufacture and development of the malt spirit during the maturation process. The flavors in the spirit have been optimized due to unique systems developed by the company and the ideal Jammu weather has also played its part in the process.

Referring to the maturity of the premium whisky, he added, “A one-year maturity in India is equivalent to more than three years maturity in UK due to the much warmer climatic conditions here. The maximum appropriate maturity for Indian malts is about five to six years, post which they tend to get too woody due to the very hot weather in the country, especially during the summer. The climatic and geographical conditions in Jammu are ideal for maturation of malt spirits despite the heat and this is the USP of this creation.”

GianChand is far more delicate and refined than any other Indian single malt, with soft barley and spice taking different but vital paths as the complexity increases. Although the casks have matured for several years in high heat, the oak involvement is gloriously restrained, allowing the fragile malt and exotic fruit notes space to perform (as reviewed by Jim Murray in Whisky Bible 2022).

GianChand: Savour the spirit of Jammu – As per local traditions and folklores, Jammu is nearly 3,000 years old, with a colorful blend of both ancient and modern history. This essence of the ancient city, which lies in the lap of the Himalayas, has been encapsulated in GianChand Single Malt Whisky. It has currently been launched in J&K, Ladakh and Delhi, and is slated to be made available across at least 10 states in the very near future. GianChand Single Malt is currently available in Delhi at Rs 4,490.