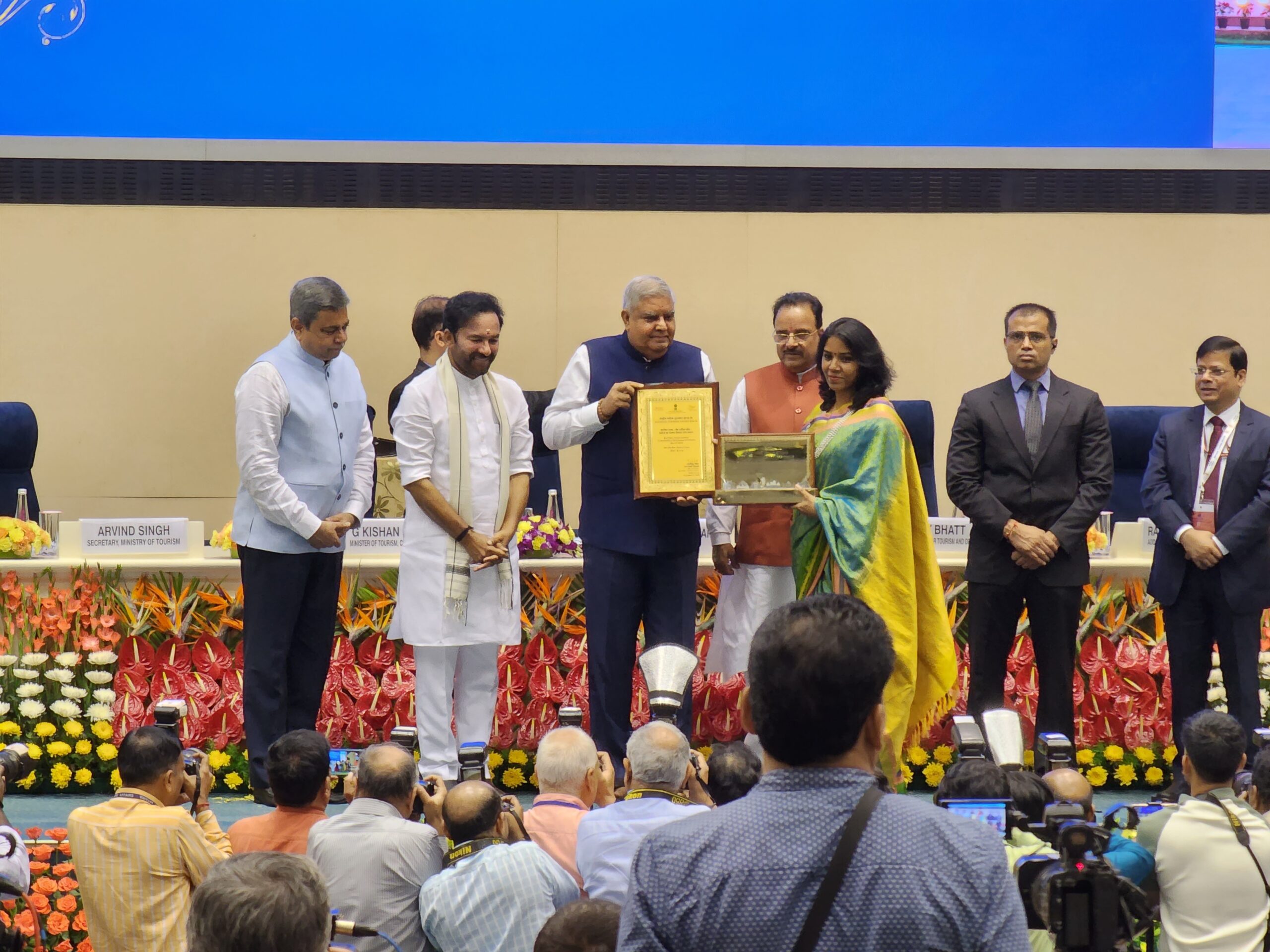 In a huge endorsement of its sustainable tourism practices, Kerala was today accorded the prestigious “Hall of Fame” status for being the Best State/UT in the category of ‘Comprehensive Development of Tourism’ for the fourth consecutive year at the National Tourism Awards 2018-19.

Kozhikode’s District Tourism Promotion Council (DTPC) was adjudged the best in the category.

The awards were presented by Vice-President Shri Jagdeep Dhankar at an impressive function at Vigyan Bhavan in Delhi. Tourism and Culture Minister Shri G Kishan Reddy presided over the function.

The citation for the ‘Comprehensive Development of Tourism’ award reads: “Kerala’s stress on sustainability is perfectly complemented by innovative marketing and promotional techniques, helping it evolve into a paradigm for Responsible Tourism.”

As for DTPC Kozhikode, it mainly concentrates on the district tourism promotional activities on various beaches, bio-parks, hill stations, improvement of signages, and sanitation by working with local governments, heritage conservation, and preservation, coordination of tourism clubs, and creation of tourism awareness.

Two other entities of Kerala received the award – Taj Kumarakom, Kottayam for the Best 4 Star Hotel and Manaltheeram Ayurvedic Hospital & Research Centre Pvt Ltd for the Best Wellness Centre in the Southern Region.

Kerala Tourism Minister Shri P. A. Mohamed Riyas said the Hall of Fame status in a very important category of award is quite significant as it is an eloquent testimony to the state’s sustained efforts to promote tourism through a string of innovative measures both in India and outside.

“A major strategy has been to promote Responsible Tourism that is sustainable and generates employment opportunities besides conserving cultural heritage,” he said, adding: “It has become the benchmark for tourism development in several countries. It is an invaluable asset for us.”

Kerala Tourism Principal Secretary Shri K S Srinivas said tourism has been a mainstay of the state economy, but the state government has been unwavering in its focus on sustainable tourism, stringent quality control, and conservation and preservation efforts. “These features have helped the state revive its tourism in the post-COVID phase and also strengthened its credentials as an inescapable holiday destination across the globe.”

Tags: ‘Comprehensive Development of Tourism’ ‘Hall of Fame’ status in the category gets Kerala
Read Previous