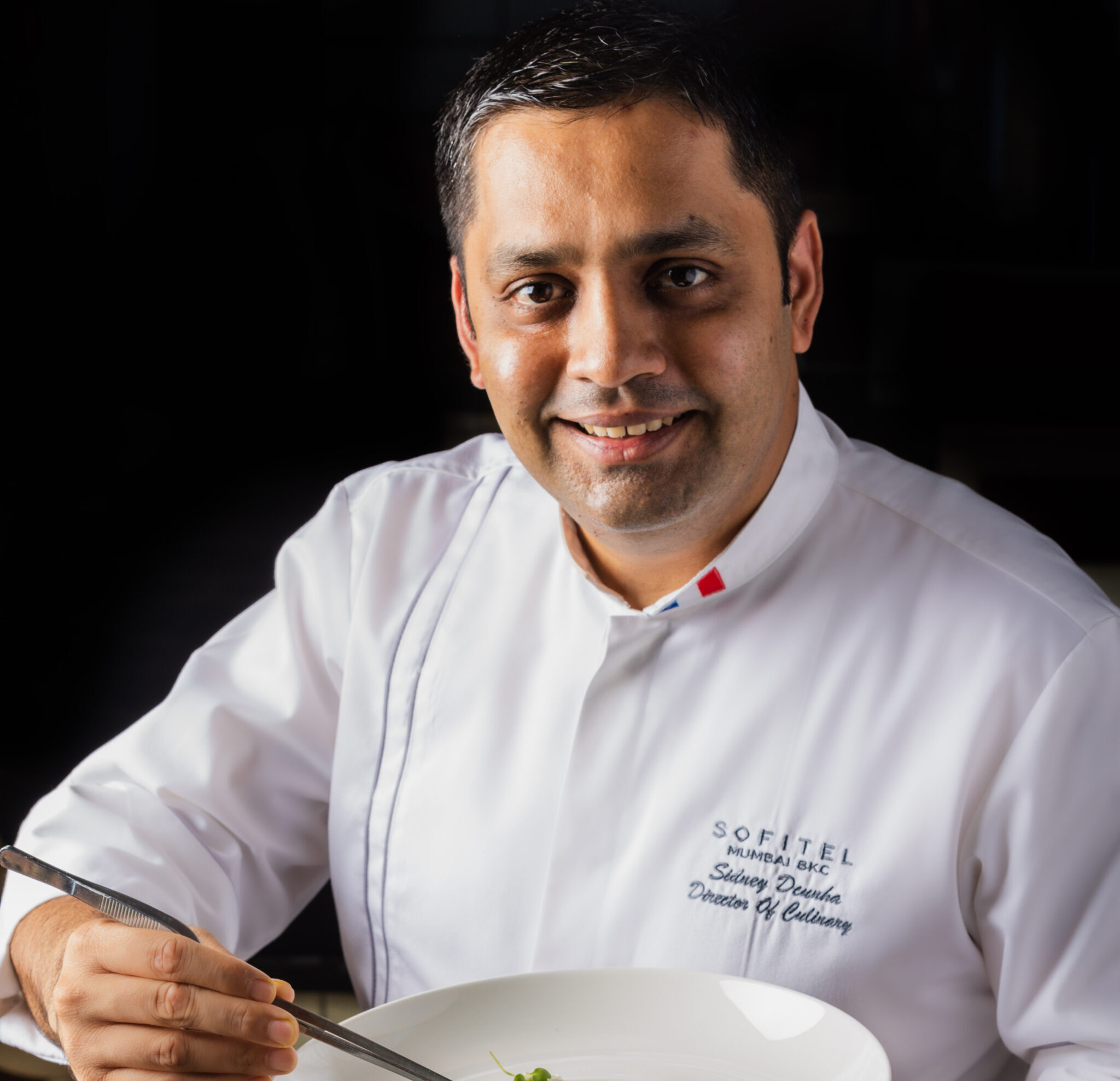 Having grown up in the busy metropolis of Mumbai city, the charming Sidney developed his interest in food and cuisine during his childhood summer holidays in Mangalore, where he curiously watched his family’s bakery business, specializing in plum cakes, especially during Christmas. He then developed his passion and took a decision to follow the same. Soon after school, rather than finishing BSC, he decided to enroll himself in the Institute of Hotel Management, Mumbai, and joined a leading luxury chain of hotels for a few years and honed his skills. His thirst for further specialization propelled him to pursue Food Service Management from Cornell University (E-Cornell, 2011), Hospitality Management (E-Cornell, 2012), and Food Safety: Managing with HACCP System from American Hotel & Lodging Education Institute (2012).

Having worked with some of the leading Michelin star venues in New York, under celebrity Chefs such as Michel Roux Snr, Floyd Cardoz, and Hemant Oberoi in India, Sidney brings over 18 years of experience in the culinary space. His last assignment was with The Conrad Hotel in Pune, first as Executive Chef before becoming Culinary Director in January 2022. He recently bagged the third position in Power 25 Culinary, 2022 by Hoteliers Web.

He first began his culinary journey in 2002, training at properties like the ITC Grand Maratha Sheraton and The Oberoi, Mumbai before joining the Taj Management Training Program, working at Taj hotels in Delhi and Chennai during this time.

Sidney then joined The Taj Mahal Palace & Tower in Mumbai, as Junior Sous Chef at Masala Kraft Kitchen, in 2006. This was followed by a year spent at The Taj Pierre New York and The Taj Boston, where he introduced Indian food to the hotel menus, as a specialty Indian chef. In 2008, D’Cunha returned to The Taj Mahal Palace & Towers in Mumbai, this time as Sous Chef (CDC) at Masala Kraft. In March 2012, he switched culinary focus and joined Golden Dragon as Sous Chef.

In 2014, D’Cunha moved to Bangalore to join The Ritz Carlton there as Chef de Cuisine during the hotel’s pre-opening. He quickly moved to the role of Executive Sous Chef, working across restaurants, banqueting, and events. In 2015, he moved to Pune and the JW Marriott Hotel as Executive Sous Chef. He then joined the brand’s Mumbai property from 2017-2019, before joining Conrad Hotel Pune in 2019 as the Executive Chef.

Throughout his career, D’Cunha has developed rich culinary experience and the ability to cater to both Indian and international palates. He also brings with him a deep knowledge of structuring culinary teams, launching new culinary concepts, and working with large-scale banqueting, all while keeping an eye on the bottom line.

When not in the kitchens of Sofitel Mumbai, you will see the soft-spoken Sidney Dcunha engaging with his guests and entertaining them with his stories from across the seas.  During his downtime, he likes catching football matches and spending time with his family.