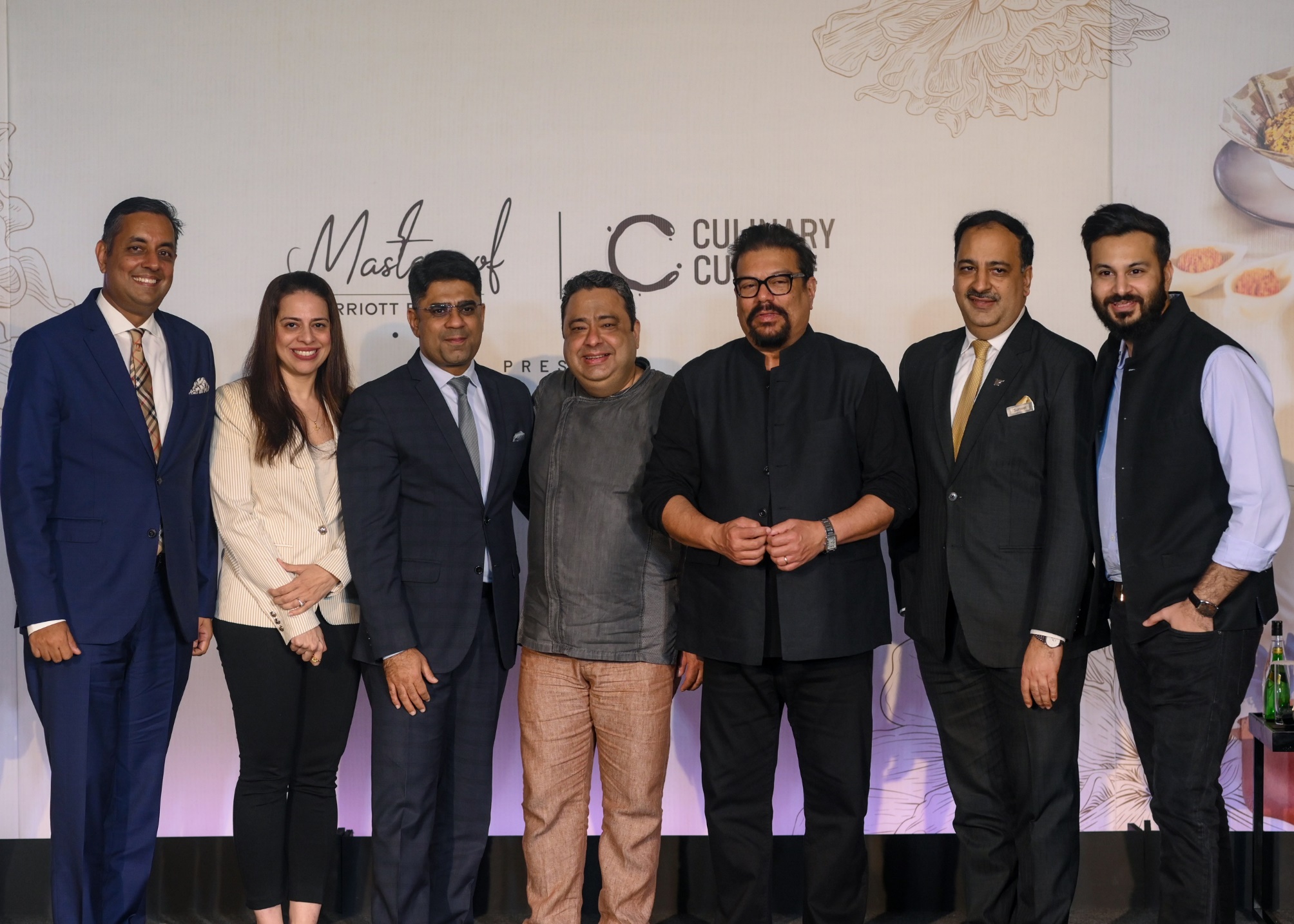 Masters of Marriott Bonvoy and Culinary Culture come together once again to present and celebrate culinary excellence with renowned master chefs whose lives revolve around creativity and form the essence of all that they do. Showcasing yet another master of his craft, the collaboration brings for the very first time the globally famed Indian Accent restaurant, led by celebrated chef Manish Mehrotra to the City of Joy, Kolkata, currently, no. 22 on the Asia’s 50 Best Restaurants list and has consecutively been ranked as India’s highest rated restaurant (from 2015 – 2021). Chef Manish Mehrotra also came in at No. 1 on the FoodSuperstars- India’s Top 30 Chefs ranking recetly. This initiative marks the third instalment under Masters of Marriott Bonvoy for the year after two immensely successful events, i.e. with the legendary Chef Massimo Bottura from Osteria Francescana in April, and the famed Sühring Twins from Bangkok in August.

As a prelude to the dining events, Masters of Marriott Bonvoy and Culinary Culture played host to the leading chefs and food enthusiasts of the city for an exclusive meet & greet with Chef Manish Mehrotra in conversation with Vir Sanghvi, India’s top food authority. Chef Manish shared his experiences and deep understanding of food, that helps his restaurant transcend the usual crescendo when it comes to fine dining tasting menus. He spoke about his inspirational two-decade career from being groomed to take over his father’s petrol pump to working in Asian kitchens around the world. His dishes, comprising old-fashion comfort foods, hold the eternal warmth of memories for every Indian and evoke a sense of deep nostalgia. They are a beautiful amalgamation of our rich culinary traditions while acknowledging contemporary kitchen technology. With this underlying mantra, Chef Manish aims to educate the world about Indian food, with its rich and myriad regional varieties. While in Kolkata, Chef Manish will recreate his signature favourites with a menu showcasing a fusion of global ingredients drenched in undeniable rich Indian flavour. The three exclusive dining experiences will be hosted by the JW Marriott Hotel Kolkata on September 24th (dinner) and September 25th (lunch and dinner) respectively.

The event had the city’s top chefs and food connoisseurs engaging in a 45-minute no holds barred conversation with Chef Manish. In attendance were Chef Vikas Khanna, Chef Ranveer Brar, Chef Shaun Kenworthy, Chef Urvika Kanoi, Chef Auroni Mookerjee and other top names from the hospitality and F&B industry.

Commenting on his Kolkata sojourn, Chef Manish Mehrotra commented “I can’t believe this is the first time I’m cooking in Kolkata. Thank you to Masters of Marriot Bonvoy and Culinary Culture for this wonderful initiative and bringing me and my team to this beautiful city. On the menu, we have some signature Indian Accent dishes and there are also a few surprise dishes I have specifically created for this pop-up. I am really looking forward to this!”

Vir Sanghvi, Chairman of Culinary Culture said – “Manish Mehrotra is India’s greatest chef. It is a privilege and an honour to eat his food. I am thrilled to be part of an initiative that brings him to Kolkata a city I called home for many years. Culinary Culture and Marriott have often partnered to bring the world’s greatest chefs to India. This event marks the beginning of a new chapter where we also take India’s best chefs to other parts of the country. Manish has created a menu of his classic dishes which will be paired with special cocktails by Diageo.”

“The dynamics of the Indian food culture are constantly evolving. Through Masters of Marriott Bonvoy, we work this shifting landscape to set new benchmarks in our culinary offerings, bringing the best of traditional, yet modern and progressive styles of cuisines to our valued guests and patrons. We are very pleased to host the immensely talented, Chef Manish Mehrotra, who is known to have transformed Indian food on a global platform, with his meticulous attention to detail and a menu that is an ode to tradition, celebrating the richness of Indian flavours with a global twist. The partnership between celebrated chefs and our culinary professionals at Marriott ensures that our guests and culinary aficionados will always have access to a variety of exclusive and memorable dining experiences,” said Khushnooma Kapadia, Senior Area Director of Marketing – South Asia, Marriott International.

The 10-course meal that will reflect the chef’s philosophy will comprise of Indian Accent’s favourites, to top off this once-in-a-lifetime culinary experience. A sneak peek of the menu captured signature dishes like Meetha Achaar Pork Ribs, Daulat Ki Chaat, Blue Cheese Naan, and the famous Indian Accent Kulchas, with a host of other fusion delicacies like Cauliflower & Saffron Shorba, Kashmiri Morel Musallam, Kanyakumari Crab with Sago Pongal & Plantain and Warm Doda Burfi Treacle Tart, among others.

Launched in early 2019, Masters of Marriott Bonvoy is a pursuit of excellence in the field of gastronomy. Through this initiative, Marriott International Inc has hosted legendary chefs such as Massimo Bottura, Marco Pierre White and Julien Royer in India. In the coming months, the brand will continue to host such exclusive experiences for its guests, including ticketed events, masterclasses and meet-and-greets with globally renowned culinary experts.