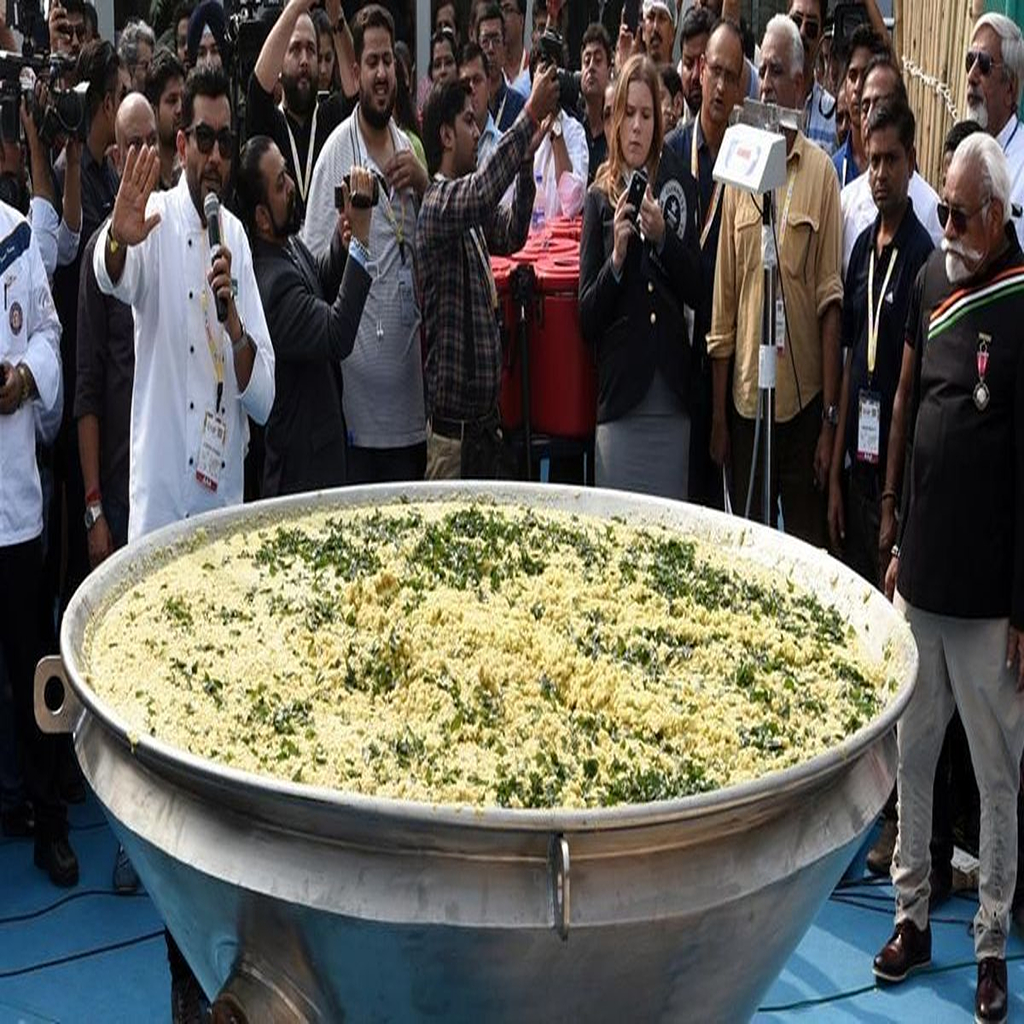 Indian Chefs led by celebrity Chef Sanjeev Kapoor cooked record breaking ‘Khichri’ brand India’s ‘Super Food, at the World Food India at India Gate lawns. The chefs steam cooked more than 900 kg of ‘Khichri’ in a specially set up platform over a fete lasted over seven hours, which got an entry into the Guinness Book of World Records.

It took over three months of planning and multiple trials in attempting 800 kgs of Khichdi, which was prepared in a giant kadhai of the capacity of 1000 litres and 7 feet in diameter, made of three layered stainless steel specially designed for this event.

The most awaited event at the World Food India was attended among others by Harsimart Kaur Badal, Minister for Food Processing Industries, Yoga Guru, Ramdev, etc. After weighing the prepared food for the Guinness officials, the food was distributed to Akshaya Patra, Gurudwara

In his address to the press, Chef Kapoor said, “The largest serving of Khichdi was made by using Indian ingredients such as Chawal, Moong Beans, Amaranth, Jowar, Bajra, Jo, Indian spices to make it nutritious and high protein. We promote international foods in India and it is our opportunity to showcase our superfoods to the world.”