‘Ignore such messages’: Tourism Ministry rejects letter on closing of hotels till October 15 due to COVID-19 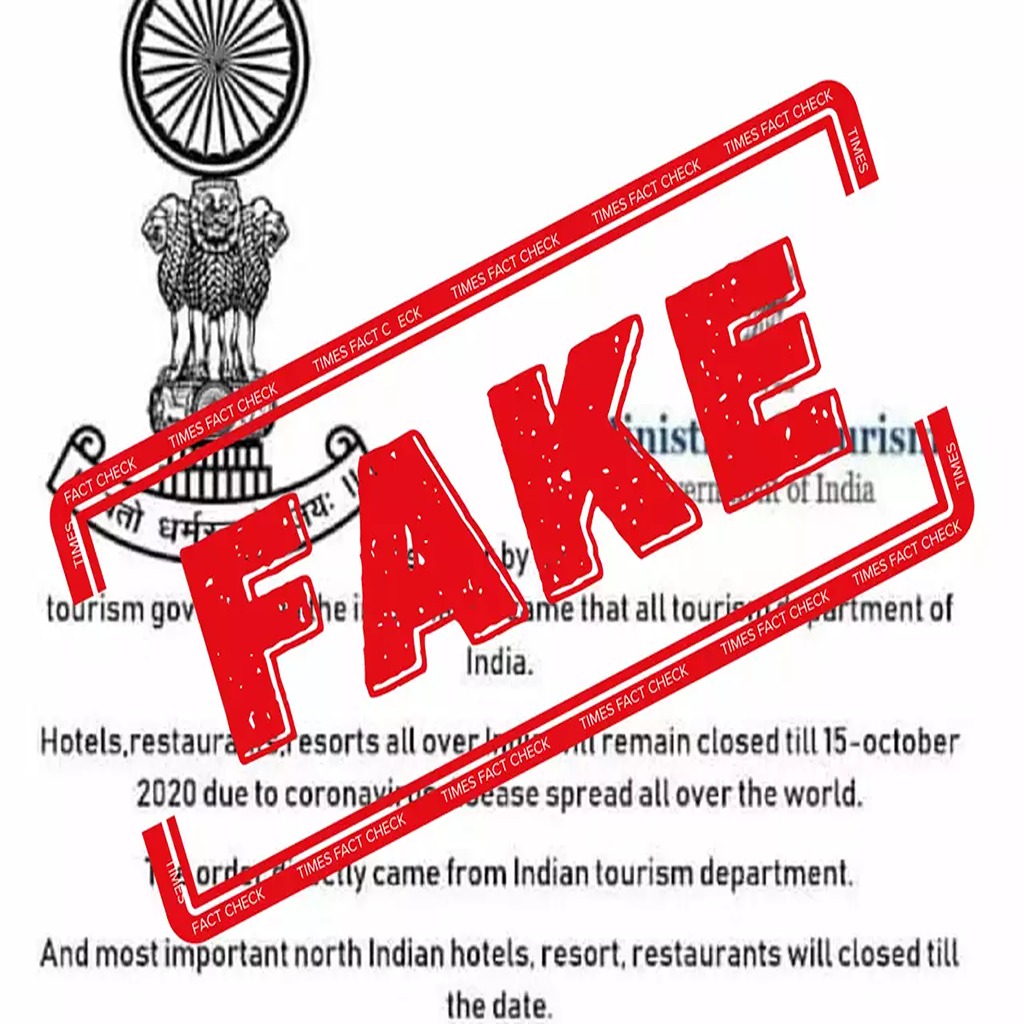 According to Times Now, The Tourism Ministry, on Wednesday, rejected letter on closing of hotels and restaurants till October 15 due to coronavirus outbreak and asked people to only believe the official communication.

Requesting people not to pay heed to such messages, the ministry said that no letter has been issued by them on closing of hotels and restaurants till October 15.

“The Ministry of Tourism requests all to disregard the fake message about closure of hotels/restaurants circulating on Whatsapp,” it said in a statement. The ministry further said that the matter is now under the investigation by the Cyber Crime Unit of the Mumbai Police.

It also warned against the circulation of fake news, saying those involved in such activities will be punished under relevant laws.

“Anybody found to be circulating, publishing or spreading the fake news will be liable under applicable laws,” the statement read.

“The respective authorities are empowered to take suitable action against such individuals, including but not limited to initiation of criminal proceedings under relevant laws,” it added.

Earlier, the PIB Fact Check Unit had also issued denials but the fake message continued to circulate on social media. The unit also tweeted the picture of fake Tourism Ministry’s order on closure of hotels and restaurants and asked people not to believe in rumours.